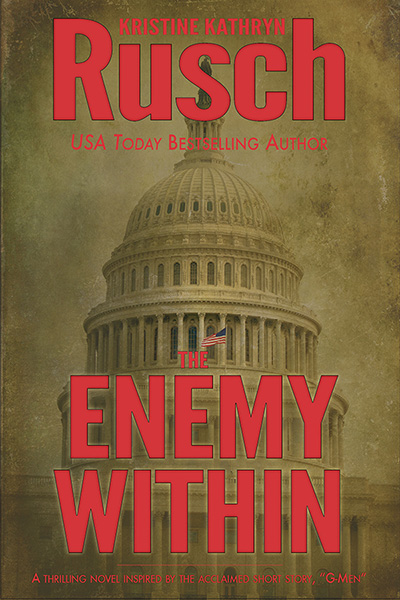 One of Kristine Kathryn Rusch’s most acclaimed short stories becomes one of her most original novels.

February, 1964: Two men die in a squalid alley in a bad neighborhood. New York homicide detective Seamus O’Reilly receives the shock of his life when he looks at the men’s identification: J. Edgar Hoover, the famous, tyrannical director of the FBI, and his number-one assistant, Clyde Tolson. O’Reilly teams up with FBI agent Frank Bryce to solve the second high-level assassination in only three months. In November of the previous year, someone had assassinated President John F. Kennedy. The cop and the FBI agent must determine if the same shadowy organization committed all three murders. To do so they must act quickly, before some of the nation’s most powerful men–from Kennedy’s brother, Attorney General Robert F. Kennedy, to the president of the United States, Lyndon Baines Johnson–do something rash to keep Hoover’s secrets from ever becoming public. In our world Hoover kept his secrets until long after his death. In Seamus O’Reilly’s world, Hoover’s secrets get him killed.

Do you have an audiobook version of your book?

Click below to get Jason’s free PDF on how to choose the perfect narrator!

Motive 2: the all-too-common but invalid reason… they want to be rewarded. They see leadership as the prize for years of hard work and are drawn by its trappings: attention, status, power, money.

Motive 1: serving others and doing whatever it takes to bring about something good for the people they lead.

“The Motive” by @patricklencioni has humbled me & will no doubt make me a more effective and responsible leader damnit. Thanks @AlexHormozi for ruining all the fun. Time to grow up. #leadership #themotive #responsibility #SBF should have read this book!