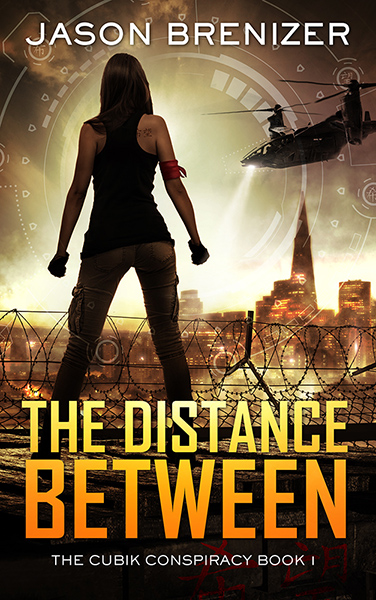 In San Francisco, rising seas have claimed the districts lining the bay. The streets have decayed into a twisted version of Venice. The people scrabbling in these Zones have been abandoned by the government, while the wealthy sit protected in their pristine Rezident Enclaves and tell jokes about Canalo Alto and San Weteo. The Zoners have had enough. They want revolution.

And for some reason, they want Stanford post-doc Lexi Huang, too. She’s had a sneaking suspicion for weeks that someone’s been stalking her. But when the voice of the revolution, Mr. Megaphone, calls her from the riot brewing outside her campus lab, Lexi goes on the run, with boyfriend Kyle in tow.

She’s been preparing for something like this her whole life. In fact, her family insisted on it. Now, to weather the political hurricane, she must rely on concealed talents, while hiding their origins from Kyle to keep a promise. And the Zoners aren’t the only ones tracking her.

To survive, she’ll have to violate her values and jettison her dreams of a simple life far from the shadow of her Singaporean family. She’s the city’s most wanted. She’s the key to the revolution. And when she crosses your path, devastation is only one step behind.

[The Distance Between is Book 1 in the CUBIK Conspiracy Series]

Want to see the film that inspired THE CUBIK CONSPIRACY?

Click below to watch CUBIK the MOVIE online free!